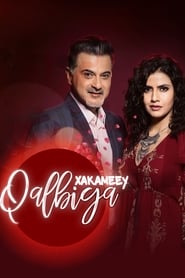 Parth Bhanushali (Siddharth Shukla), the grandson and heir to the conservative and affluent Bhanushali family falls in love with their employee, the Bengal-based beautiful Shorvori (Rashami Desai), and marries her,…

Amla tells Dev when she needed him the most, he was worried for his respect. Dev says what you are saying laadi. Amla says I am not your laadi now….

Saraswatichandra tells the story of a young, cultured aristocrat, Saraswatichandra Vyas, aka Saras, whose mother, Saraswati, committed suicide when he was a child. His father, Laxminandan Vyas, then married Gumaan,…

The story begins with a mysterious woman killing a lady who was cheating on her partner. Later it is revealed that the murders are alike to the ones happening in… 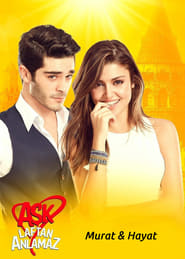 It’s a story about a married couple with an age gap of 20 years. Ahana was always loved by her father. Her mother Laila Raichand is a sly, ambitious, greedy woman who cheated on her husband. Ahana’s father dies of shock taking his wife’s betrayal too hard. Ahana witnesses their argument hereby developing an intense hatred for her mother. Ahana, frustrated at her life at home after her father’s death, finds solace in Anant Mathur, a friend of her dad. Saloni, Ahana’s elder sister is about to be married to her sweetheart Tarun. Tarun’s father, Mr Gupta is not keen on letting them get married since he is aware of Laila’s gold-digging tendencies. He wants Saloni to sign a prenup. When Laila finds out she is infuriated and wants to cancel the wedding. The plot twist comes in the form of Saloni’s pregnancy. Laila agrees to the wedding on the condition that Tarun provides 3 crore rupees to her. Tarun and Saloni get married. Meanwhile, Laila sets her eyes on marrying Anant Mathur as he is a rich businessman in order to pay off her debts and increase her social status. But Anant proposes to Ahana and they decide to get married. Rehaan convinces Roshni, Anant’s daughter to give her blessings. Anant goes to Laila to ask for Ahana’s hand in marriage to him. Laila is furious. She agrees to the marriage and puts forward a condition to Anant. As the story continues Ahana and Anant face many obstacles in their marriage due to the age difference, society, rivalry and family.